Book value; What it means to investors in 2021 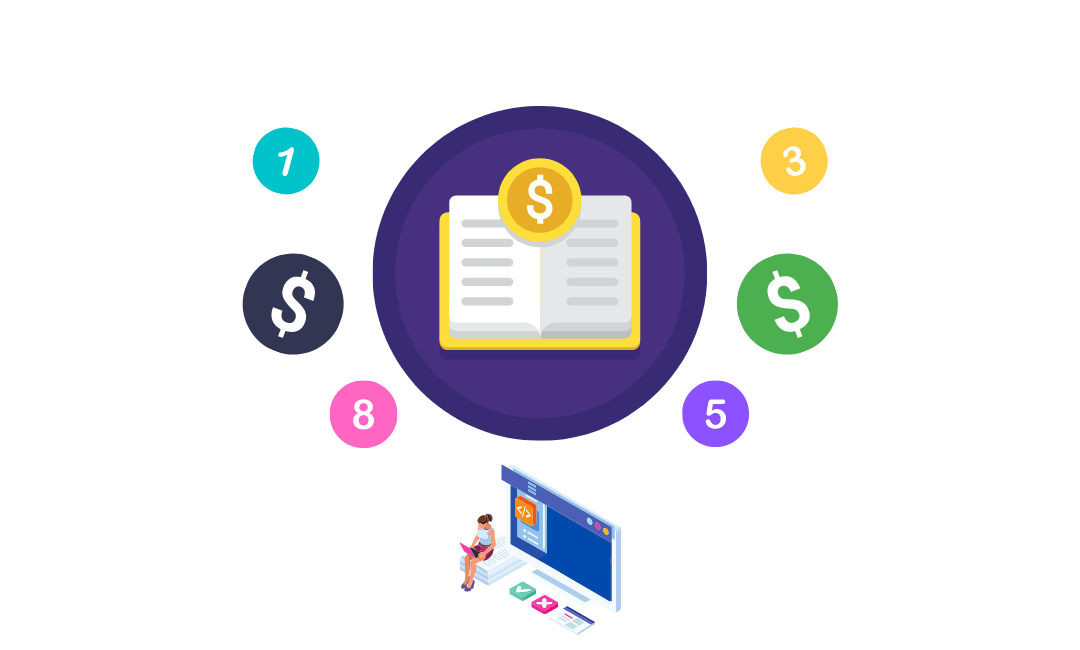 When it comes to valuing a company and deciding whether it would be a good investment or not, things can get a little tricky. Of course, there are a lot of metrics you can look at, but it can be intimidating if you’re not sure what you’re looking at.

For instance, you’ve probably heard about the market cap of a company. Most investors look at this metric to understand how large a company is.

But there’s another metric you can look at, which gives you an exact picture, of what a company is worth. It’s called the book value of a company.

Let’s look at it in detail.

Book Value of a company

The book value (also known as net book value) of a company is, simply its assets minus its liabilities. It tells you how much the company is worth as per the company’s balance sheet.

Book value can also be seen as the amount left after paying off its liabilities, in the event of a liquidation.

Let’s say you invest in a company, and a year later the company closes down its business. As an investor, you have a right to claim a portion of the company’s assets. Instead of giving you your share of assets, they’ll sell off all the assets first. The company’s assets will be liquidated (sold off) and using the money, all the liabilities the company has incurred will be paid off. What’s left will be distributed to the shareholders, including you.

This total amount the shareholders will receive after paying off the liabilities is referred to as the book value of the company. In other words, a company’s book value is its basic net worth.

To easily calculate the book value, deduct the total liabilities a company has, from its total assets.

In the company’s balance sheet, you find the same number listed as shareholders’ equity.

Now, book value is different from market capitalization or enterprise value. Market cap is the total value of a company’s outstanding shares. It is the perceived value of the company by the investors. For example, Fiverr has a current market price of $174.65, with 35.84 million shares outstanding. So that makes Fiverr’s market cap around $6.26 billion ($174.65 * 35,840,000).

Whereas enterprise value will be calculated in a different way. Enterprise value is the theoretical takeover price of a company. So it is calculated by adding its market value, and liabilities together and subtracting cash the company has. So in the case of Fiverr, that’s ($6.26 billion + $380.21 million) – $441.84 million. That gives Fiverr an enterprise value of $6.28 billion.

Now you see how these metrics are all about the value of the company still have entirely different values.

A company’s book value is the value of the business according to its accounts (books). It is the net asset value of the company. This is seen from the perspective of what would the investors get if the company was liquidated. So that’s after liquidating all the assets and paying off the liabilities.

Assets include short and long-term investments, cash and cash equivalents, and all other kinds of financial assets. It also includes physical assets such as plants, equipment, and machinery.

Intangible assets such as patents, copyrights, and other intellectual property are also considered under total assets, but most often due to their intangible nature, cannot be represented in the company’s balance sheet.

Liabilities include short and long-term debt, accounts payable, deferred taxes, and other obligations.

In a healthy balance sheet, the assets should be more than liabilities.

All of this information wouldn’t mean anything unless we can use it in valuing companies.

So, let’s take a look at how we can do that.

Like I mentioned above, book value is one of the oldest metrics used by investors. It was more suited for those days when most of the company’s assets could be accounted for on its balance sheet.

Today, however, that’s not the case.

Especially with modern companies, a lot of their assets are intangible in the form of brand value (Apple), patents (Qualcomm), data (Google), etc.

So when calculating ratios such as the Price to book ratio, the company might seem significantly overvalued. And that can often discourage investors, when in fact, a lot of their assets just cannot be quantified.

Another factor that should be considered while valuing a company is its profitability. A company with an excellent product and a growing business is most likely a good investment. The stock might be trading above its book value, but that’s just because profitability and future growth are taken into account by the investors.

This is the reason you should look at more metrics when valuing a company, and not restrict yourself to one specific metric.

Value investors are in constant pursuit of undervalued stocks. P/B ratio used to be the guiding light for value investors, as the metric immediately revealed whether a stock was undervalued.

Value investing has evolved over the years, and what exactly constitutes value investing has been a topic for discussion in the investing community. In a time where most companies have high valuations even before they are profitable, checking the book value to see whether the stock is undervalued, might not be a smart move. Especially when you considered the increasing importance of intangible assets.

Value investors, today, look at more relevant metrics and they look at the sector in which the company is. Because companies in certain industries can have high P/B ratios compared to other industries. For example, internet companies.

There’s no doubt that book value is an important metric in a company’s valuation. But it should not be considered as the key to unlocking undervalued stocks. It’s always better to look at more metrics before you arrive at a conclusion. As for comparison, look for companies in the same sector, that’ll give you a better idea.

And remember, it’s better late than never. So if you haven’t started investing yet, start today. Meanwhile, here’s a guide to help you do that – The 8-Step Beginner’s Guide to Value Investing.